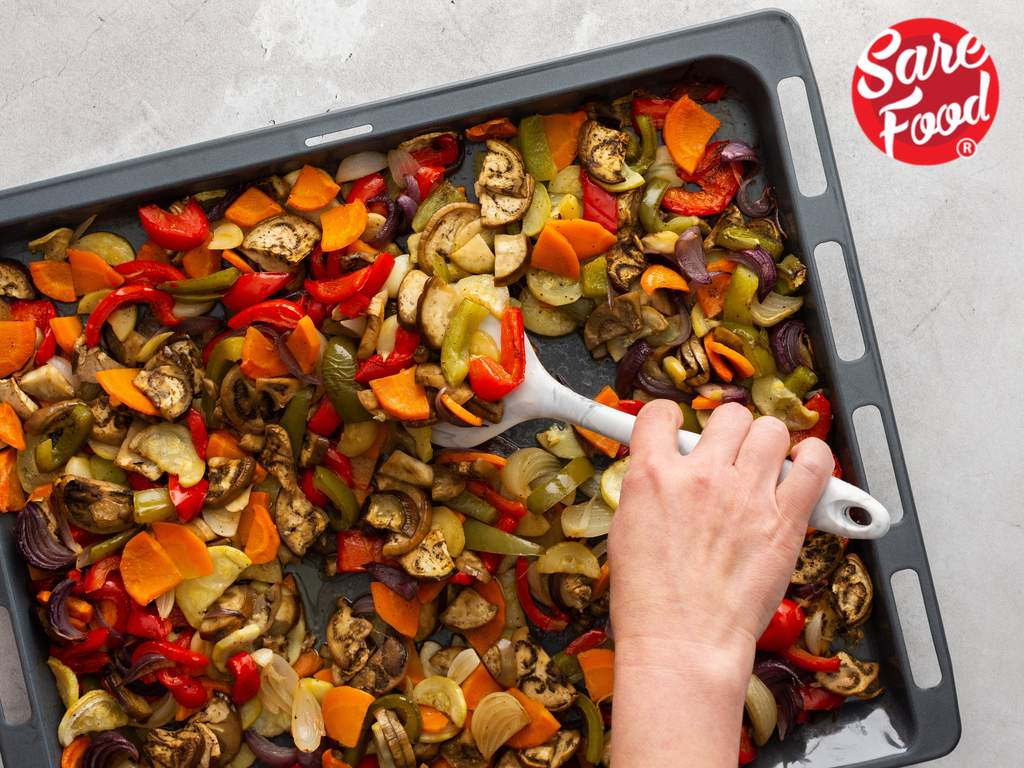 Vegans like to treat themselves and indulge in delicious food during the holidays as much as anyone else. And although there are not that many traditional vegan holiday dishes that go back decades, we can still put a festive twist on some delicious plant-based meals. If you are a vegan but not much of a cook, and you'd like to host a vegan holiday party then you should order your vegan meals from the best holiday meals delivery service in St. Louis. Even your non-vegan friends will enjoy these scrumptious plant-based holiday dishes. So, what can you have on your vegan menu? Keep reading to find out.

Baked potatoes stuffed with cauliflower and chickpeas (cooked and tossed in some tomato sauce with various spices); feeling hungry yet? Vegan or not, everyone loves potatoes; and the best thing about them is that they complement almost any dish, so if you want to make adjustments to the filling, you could.

Hot water pastry filled with lentils, mushrooms, caramelized onion and garlic, carrots, and baked until golden brown. That is a basic version of this vegan holiday pie. You can spice up the filling as you wish, or trust the professional chefs to do the job for you and have your holiday pie delivered to your doorstep by the best holiday meals delivery service.

It looks like meatloaf, smells like meatloaf, tastes almost identical to the meatloaf, and yet there is no meat in sight! How is this possible? Chickpeas are the answer. And some other ingredients, of course, but mainly chickpeas. Have one delivered by a meals delivery service for your next holiday dinner party and watch your meat-loving friends and family members being surprised.

Vegan gravy can either be made with or without mushrooms. You start by caramelizing garlic, onions, cauliflower, and some potatoes, add the seasoning and high-quality vegetable broth; and voila! Your vegan gravy is ready to enhance any holiday dish.

The vegan version of this holiday classic requires you to cook sweet potatoes with some spices, non-dairy cream, and orange juice. Top with sautéed apples and toasted walnuts and bake. Or just order some from a holiday meals delivery service along with the rest of your holiday meal to avoid spending all that time in the kitchen.

To be fair all you need to do to make spanakopita vegan is leave out the feta cheese. The rest of the recipe for this greek classic remains the same. But trust me when I tell you, the vegan version is just as delicious as the classic one. Instead of Baking one large spanakopita for your holiday party you can make individual triangular ones, or just order some from the meals delivery service.

We are confident that had the Duke of Wellington tried this delicious vegan recipe of the eponymous dish he would have been pleased. Instead of beef filling vegan wellington is filled with a sweet potato mushroom and cranberry mixture. The cooking process is quite labor-intensive, but the final result is well worth it. If you don’t know your way around the oven just pick up your phone and order this plant-based delicacy from a meals delivery service.

Vegan or not, nobody can escape eating Brussel sprouts during holidays. But when they are expertly prepared with some chili lemon and garlic eating them does not seem like a chore at all. In fact, we’ll go so far as to say that they are... delicious!

When it comes to tasty dips vegans are spoiled for choice. You can have a kale and artichoke dip, black bean dip, butternut dip, chickpea and carrot dip, mushroom pate, cashew spread (resembling soft cheese), and, of course, there are such unbeatable classics like salsa, hummus, and guacamole. Serve one or a few of these with some sliced vegetables, chips, or crackers.

Not only is this delicious torte vegan but it is also gluten-free! In essence, the torte consists of a vegan brownie base and vegan cashew and hazelnut “mousse”. For extra flavor drizzle the torte with date caramel and top with as much coconut whipped cream as your heart desires.

British vegans will be particularly happy about this one, but even if you are not a Brit you can still make this delicious dessert to end your holiday feast on a sweet note. The recipe is almost identical to that of a traditional British Christmas pudding, the only major differences really being that you have to use dairy-free vegan margarine instead of the regular one, and make sure the ice cream that you plan to serve with your pud is vegan as well. As delicious as they are British Christmas puddings are a pain to make, which is why (to avoid all the unnecessary stress during the holidays) it is better to order one from the meals delivery service.

The aforementioned dishes are just the tip of a “vegan holiday menu” iceberg. This holiday season is a chance to throw a vegan party and show your non-vegan friends that they won’t be sacrificing much, in terms of flavor if they finally decide to take the leap and become vegans themselves. To make this argument even more convincing have your vegan meals cooked by professional chefs and delivered to your doorstep by the best meals delivery service in St. Louis.