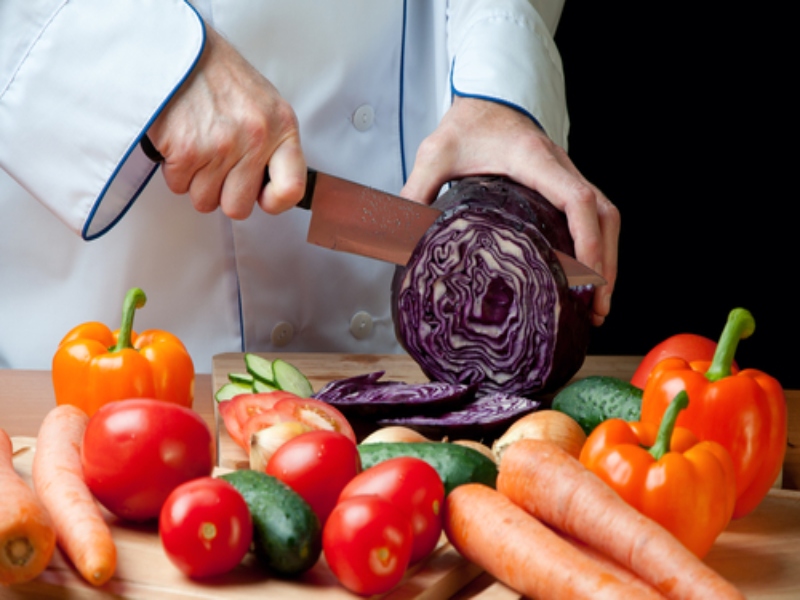 What Is The Keto Diet?

One of today’s most popular diets is the ketogenic diet—referred to as keto, for short. A typical keto diet is heavy in meats and dairy products and therefore low in carbohydrates and high in fats. Several recent studies have shown that this type of diet provides some notable health benefits, including assisting with weight loss, improving general health, and combating epilepsy, diabetes, cancer, and Alzheimer’s.

A keto diet works by replacing the body’s carbohydrate intake with fat, inducing a metabolic state called “ketosis”. Once ketosis is initiated, the body burns fat much quicker and more efficiently. Perhaps not surprisingly, those on the keto diet have reported a number of positive results, including significant reductions in insulin and blood sugar levels. However, meeting the dietary standards therein affords its own unique set of challenges.

Some vegetarian and vegan dieters have said they initially avoided the keto diet because they assumed meat was mandatory. As a result, some of them became pescatarians and others just stuck to their old habits. But what if it were possible to maintain a keto diet and still eat ethically?

Despite originating from a meat and dairy-heavy regimen, it is actually possible to do a keto diet if you are a vegan, vegetarian, or pescatarian. For the meat lovers out there who are concerned that a keto diet will dampen their protein intake, there are also high protein ketogenic diet (hpkd) plans.

When selecting fish, try to make sure they are of the fattier variety (mackerel, salmon, etc). If you can’t get your hands on any fatty fish, you can certainly try something leaner (tuna, halibut, etc.) combined with another source of fat (olive oil, avocados, etc.). As you will see, although there are inherent limitations, there are a wealth of delicious possibilities that will keep your taste buds dancing for decades.

Another reason pescatarians avoid the keto diet is because they assume it will severely limit their protein intake. While this is partially true—it is a diet after all—it is possible to tweak a traditional pescatarian keto diet plan so that it fits the standards required for a high protein ketogenic diet (hpkd). All one has to do is increase the amount of protein and reduce the amount of fats. Maintaining this balance is central to what keto is all about.

HPKD is relatively similar to a typical keto diet plan, but includes about 15 percent more protein and 15 percent less fats. However, the carbohydrate ratio remains the same between each version. Additional variations of the keto diet include the cyclical ketogenic diet (CKD) and targeted ketogenic diet (TKD).  CKD requires the dieter to break their weeks into 5 ketogenic days and 2 high carb days, the goal being to promote higher carbohydrate intake. Conversely, TKD allows dieters to have additional carbs when they exercise.

Keeping Up With A Stringent Diet Isn’t Easy

Obviously, keeping up with this type of diet requires a lot of determination, hard work, and effort. As such, adhering to it becomes considerably more difficult when trying to balance the demands of everyday life. After all, one can’t really meal prep when they’re working a full time job, picking up their kids, or planning a weekend full of family entertainment.

Even if these people could find the time to prepare the meal, that’s only a mere third of the time involved. For starters, the dieter from our example would have to compile a pescatarian keto diet food list, then find the time to drive to the store and shop for groceries. The entire process could end up sucking as much as four or five hours out of the week that could otherwise be spent with the family.

Fortunately, there is a way to have the best keto meals St. Louis has to offer delivered straight to your door. Low carb keto meal kits, HPKD kits, you name it. Of course, I’m referring to the life saving services provided by Sare Food.

As St. Louis’s premiere meal preparation and delivery service, Sare Food knows a thing or two about the local palate. Their skilled team of chefs will prepare an exclusive series of the tastiest keto meals St. Louis ever dreamed of, just for you and your family. On top of that, once the meals are ready, Sare Food delivers them directly to your address, saving you time and minimizing stress. So if you are in the area and you’re looking for a reliable delivery service that provides low carb keto meal kits, look no further than Sare Food.

When it comes to keto meal delivery St. Louis style, there’s simply no comparable solution. No matter what you are looking for, Sare Food and their impeccable team are more than up for the challenge. So whether your goal is to maintain a high protein ketogenic diet (hpkd), or you have a pescatarian keto diet food list that you’ve been itching to try out, Sare Food is sure to have just the thing.

Still unsure if the keto diet is right for you? With Sare Food, you can consistently change your cuisine from order to order. This means that instead of scouring the Internet for this pescatarian diet vs keto nonsense, you can simply try it out for yourself. So go ahead and order those low carb keto meal kits, or perhaps you’ve decided it’s time to give the high protein ketogenic diet (hpkd) a try after all.