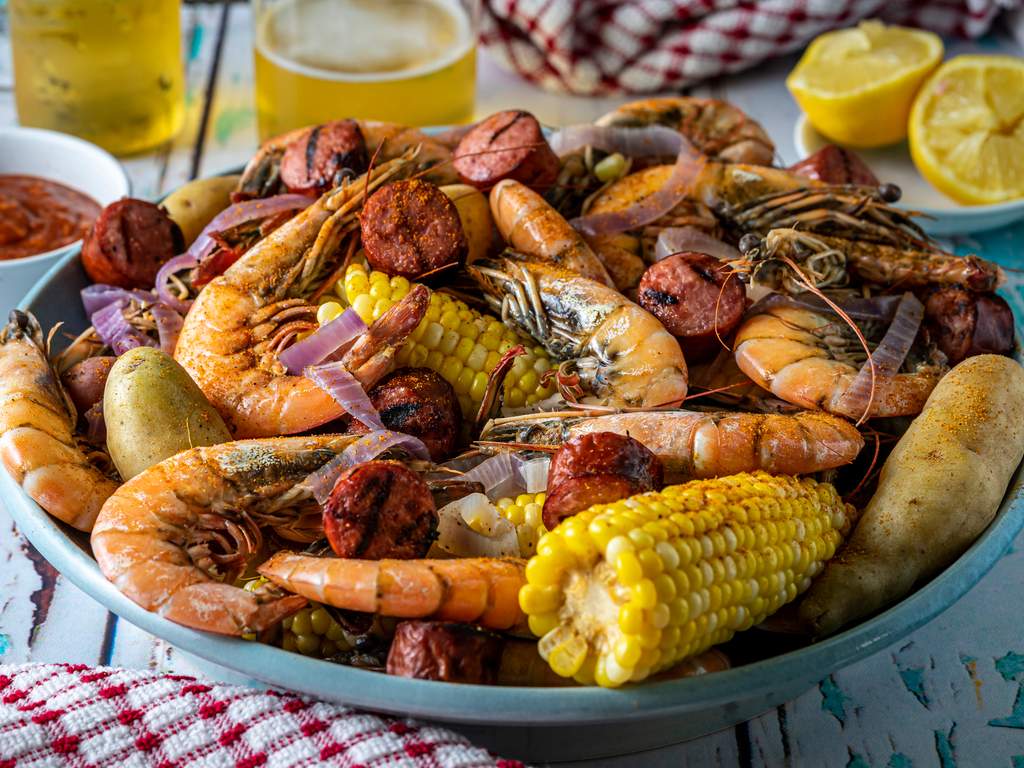 Nowadays we can distinguish three major cultures that influenced this region of America the most; these are West African culture, European culture, and Native American culture.

Native Americans of course contributed by introducing our world to corn. This enabled southern settlers to make cornbread and hoecakes which are to this day two of the most popular staples in southern American cooking.

However, the Native Americans’ contribution doesn’t stop here; they also taught settlers how to preserve meat by salting and frying it. The technique of frying was especially important and it was used to preserve game meat (such as rabbits and squirrels).

West African slaves also introduced new techniques to the region. Being strangers in the new land they continued cooking in the same way they used to in their native land, by placing all of the ingredients in one big pot and cooking them all together. This style of cooking eventually gave us the dish we all know and love today - gumbo.

Okra is a vegetable that was not known to North American settlers before it was introduced by West African slaves and nowadays it is almost impossible to find a person in the south who doesn’t know what it is.

Another noteworthy thing about West Africans of that time is that they preferred a simple and clean combination of fish, grains, and vegetables. This style of cooking is reflected nowadays in such traditional southern dishes as Carolina low country boil and Georgian shrimp and grits.

As for the European settlers, they introduced the southern United States to pork by bringing over pigs to their new home. Needless to say, the popularity of pork spread like wildfire across the entire country in quite a short period of time.

At first wealthy European elite tried to keep the pork for themselves however they couldn’t stop poor members of the population from stealing little piglets and eventually pig farming became a very popular occupation and all social classes had access to pork.

Bounty of the land.

While the rest of America was experiencing rapid progress through industrialization the south of the country was still dependent on its agriculture. Not many people had money to spend on exotic imported dishes which meant that they had to supplement the food they consumed through foraging. Those who were good at foraging could keep their families fed all year long and fortunately southern land provided them with many edible greens. For instance, the infamous poke sallet was in abundance and although it is poisonous southern settlers figured out a way to remove the poison through a meticulous preparation process.

Southern land also provided various edible berries such as blackberries and strawberries which could be found almost anywhere at certain times of the year. The impoverished population of the south also had access to free edible and delicious animals that lived in creeks (such as crayfish, “crawdaddies”, and creek bugs). To this day these crustaceans are regularly used in southern gumbo recipes and are often grilled on barbecues.

The interesting thing about the barbecue itself is that it might have been brought to the American continent by the Spanish conquerors who initially settled in the Caribbean region; however, barbecue did not become the bright star it is today until it was introduced to the southern American population.

The spirit of togetherness.

Since pigs, were still somewhat expensive at that time a family used to raise their hogs together. The slaughtering process was also laborious so a helping hand from neighbors was often needed. This gave rise to the tradition of communities gathering and sharing meals together. And thus the southern barbecue was born.

The southern cuisine is one of America’s favorites to this day because it takes the best elements of different cultures and combined them in exquisite mouthwatering dishes. In addition to that, it exudes the hospitable energy of the southern community. We are lucky today that these dishes are available to us with just a few clicks of the button on our smartphone, and if you order fresh-ready meals you can enjoy your favorite southern dishes no matter where you are in the United States.